Staying alive doesn’t mean permanent survival. Anyway,what is survival when the calamity survives along with you? To survive all alone is the worst kind. 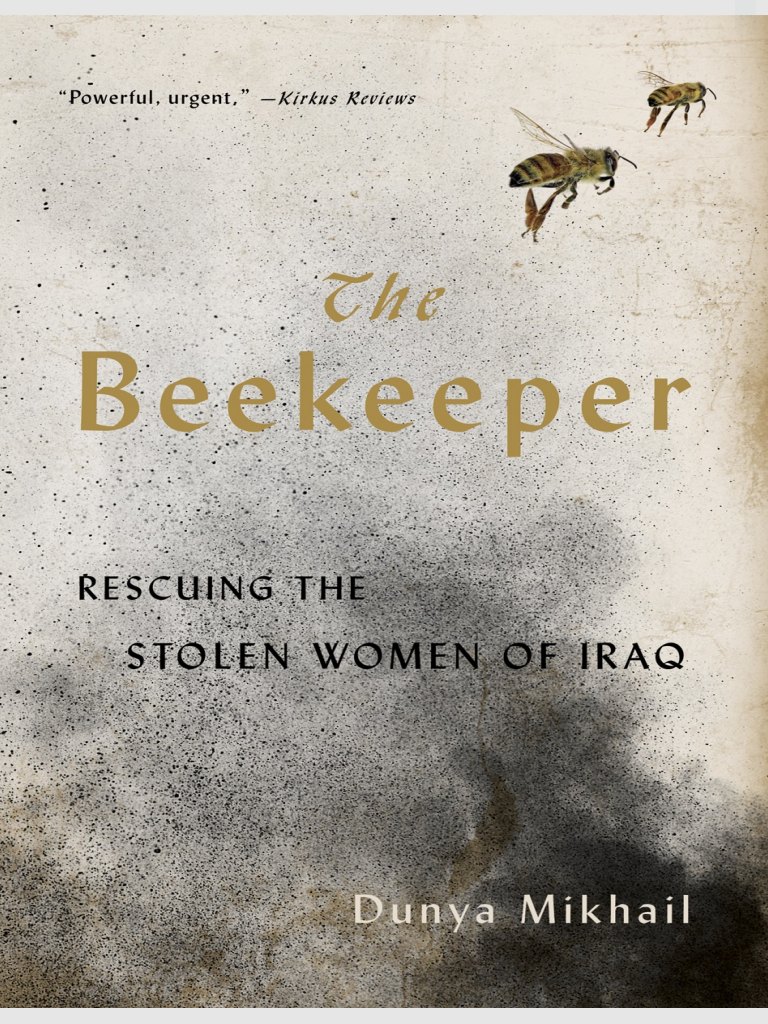 Format eBook
Publisher New Directions Publishing Corporation
Publication date Mar 27 2018
Language English
Pages 240
Price $16.99
ISBN-13 9780811226134
While i was reading this book i remembered the promise mankind promised to itself when the horror of holocaust was revealed to mankind and that the holocaust would be the last genocide mankind would face, but since humans and nations  have short span memories we repeated the same mistakes and genocides again and again with a short term remorse and a long term amnesia.
while i was reading this book also i remembered some of my friends and cousins who have joined ISIS  in 2014 and 2015 not because of their love for death or killing but because their need for belief and their belief that ISIS was going to change the fate Sunni of Syrian and Iraq who were massacred by their country government, were they among the monsters who have kidnapped and killed the Yazidi women in Iraq,but they are all dead and i cannot ask them about their deeds or beliefs anymore.
this short book took me a three compete days to read not because of my busy life or lengthiness but the amount of horrors contained in it forced me sometimes to stop and run away from it and sometimes contemplating to stop turning the pages.
this book tells the story of modern Schindler the Beekeeper Abdullah who transformed after ISIS attacked his hometown in 2014 from beekeeper to human smuggler who smuggles Yazidi women abducted by ISIS from Syria,
Yazidi plight starts as ISIS starts a ferocious attack in mount Sinjar which is home to small Yazidi religious minority who their faith is linked to ancient Mesopotamian  religions with a small amount of Islam and Christianity and Zoroastrianism added in it.
after the attack the whole population was to school were men were first divided from women and after gathering men in big trucks they were driven to big trenches were they were shot to death and the old women with their grand children were driven to small fish pond  were they were buried alive, the remaining women then were driven either to Mosul or Raqqa where they were sexually enslaved.
these book is collection of victims testimonies and these victims are the lucky ones who were smuggled from ISIS grip but what is lucky if you come to home where most of your family member are either kidnapped or killed.
our first victim is Nadia who according to ISIS price list worth $85

Nadia was sold to Chechan man who bought her with her children and usually beat her and her children if they didn’t recite Quran correctly and used to rape her in front of her children
beside being sex slave to ISIS member show was forced to work 12 hours a day making detonator and rockets eventually after tired of her life one day while ISIS member was absent she escaped from the home and went to internet cafe where she called her cousin Abdullah who managed to smuggle her out of Syria and she was able to come home where some of her family survived.
our second victim is miss Raghda

What’s your name?
Hoshyar.
How old are you, Hoshyar?
Three.
Where were you before you came to Baadhra?
With Daesh.
Where with Daesh?
In Syria.
Hoshyar, were you in a madrassa with Daesh?
No, I was in one of their houses.
What were you doing in the house?
Who was teaching you Quran?
Abu Jihad.
Why were you there?
They made me go with them.
Where did they take you from?
Raqqa.
The man who was teaching you Quran, where was he from?
Russia.
And how did you know he was from Russia?
He told me.
Who else was there with you?
My mom and my sister and three children with their mother.
Did they teach all of you Quran?
Yes. And we built rockets.
What were you building?
Rocket, rocket.
And what do you remember from the Quran?
I was in Syria with Daesh.
I want to know what you can remember from the Quran.
In the Name of God, most gracious, most compassionate, praise be to God, Lord of the two worlds, the gracious, the compassionate, master of the Day of Judgment . . .
Do you know what that means?
No, no I don’t.
Hoshyar, what did they feed you?
Bones. Abu Jihad would eat meat and then give me the bones. I couldn’t eat the bones but he used to make me stand on one leg for an hour.
Were you afraid of them?
He told me he could cut my head off if he wanted to.
Why did he say that?
He told me to pray, he said that when I grew up, God willing, I would go fight with Daesh.
Hoshyar, where are you right now?
In Baadhra.
Is your situation okay right now? Better than being with Daesh?
I’m at home. I’m good.
Thank you, Hoshyar. Could you hand the phone to your sister?
Hello.
How are you, Rula?
Fine.
How old are you?
Seven.
Can you tell me what you did when you were with Daesh?
They beat me while we made rockets for them.
What kind? And how did you make them?
TNT. From chemicals.
Did you also study Quran and prayer?
Yes.
Did you understand the words you were memorizing?
No.
Who was your teacher?
Daesh.
What was the name of the person who taught you?
Abu Jihad.
Did you learn how to pray?
Yes, but now I want to forget.

using these small children to work in the dangerous manufacturing Chemicals was one of the instances that forced me to cry while i was reading the book and made me rethink about reading this book but i continued and after chapter you dive deep into this innocent people misery and how sometimes life is unfair to certain people.
while this book continues telling the survivors of these genocides the author delves deep into her past and her family past as also a christian minority who were treated better than the Yazidi people and were only forced to leave the city without their belongings.
but most important person is Abdullah who thanks to his dedication to saving his people from ISIS was able to start a small smuggling unit which was able till the publication of the book to smuggle 70 people and return them to their families or what remained of
them
The Beekeeper by Dunya Mikhail

A book lover View all posts by Ina cawl

Views and Beliefs of Daniel

BOOKS and GIGS and STUFF

Every Problem is a Learning Opportunity

YOUR LOCAL BOOKSTORE, NO MATTER WHERE YOU LIVE.

Post-Soviet Literature in and outside the Former Soviet Union